Well, my team put up a good fight. We got a lot of work done! I felt privileged to direct and lead this fantastic group of individuals to getting a film done in just  a weekend. Fantastic experience. While we did not get our film rendered out in time for the deadline, we did get a film out of our hard work. File management bit us in the end when we accidentally overwrote four hours of work – two, complex, fully-animated shots. We just couldn’t get caught up after the setback. But alas, it wasn’t about winning, it was about competing. Take a look at our film!

Be sure to crank up the sound! Keff worked his butt off to give it some amazing sound effects. I consider this a success and had about 20 seconds of animation that I would consider putting on my 2011 demo reel. Let me know what you think!

In the midst of my sickness, I finally got around to finishing the epic manga I purchased over the winter break called “solanin”. This is a rather touching story about a college grad who doesn’t know what to do with her life and how to find happiness. It’s rather depressing, sad, and total bleak. It doesn’t even answer a lot of the questions it brings up, which rather upsets me. It’s things like these that make me feel like I’m never going to find happiness and no matter how good I have it, how easy, simple, whichever – I’m never going to be happy. I don’t really know what to think of it, but alas, I am posting about it. I’d love it if someone else were to read it and tell me what they think about it. 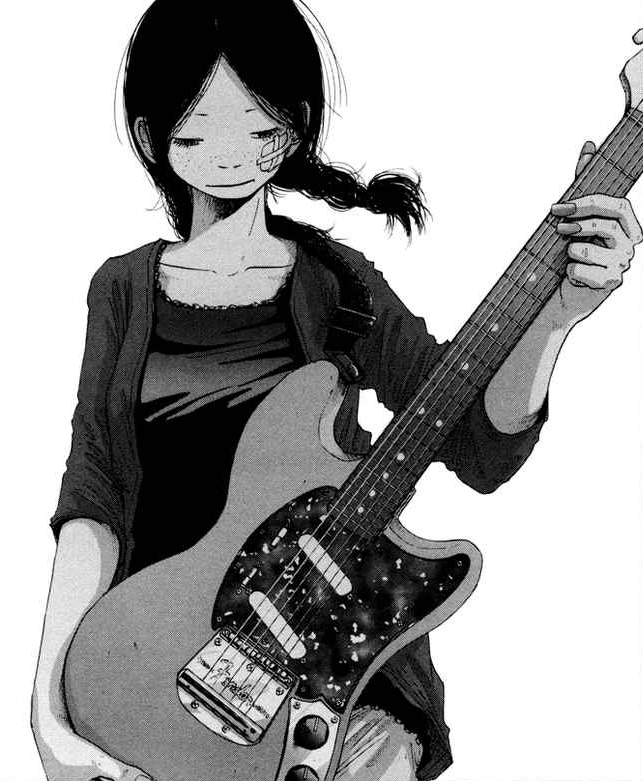 The art is truly awesome in this. It boggles my mind that someone can single-handedly create a 400-500 page illustrated work at this quality in just a year or so. It baffles me. Inio Asano has become a new favorite of mine. I also researched this and found out that they made this book into a live-action film just this past year. I’ll have to check it out. If anyone wants to borrow it and give it a read, I encourage it. Maybe afterwards we could check out the film!

Okay, so today I finished reading “not simple” by Natsume Ono. This is a wonderful little graphic novel and a great find! I originally got this book solely because of its peculiar art style. Though it was clearly Japanese, the art was extremely sketchy and reminded me more of Scott Pilgrim than anything.

However, upon opening it and reading the book, I can say that this was a fantastic story. Very sad, emo, whatever you want to call it. But – it was done very artistically, and fast. I’ve never really read anything that is so fast and at the same time so sad. The art style moves you from page to page rather than keeping you fixated on the image for long periods of time. I like this, as it lends itself to animation, allows the artist to crank out pages faster, and still keep the story intriguing. It goes to show that a simple, almost child-like, presentation cannot entirely override story – just as a horrible story cannot override an amazing presentation with jaw-dropping visuals. All-in-all, I recommend this to my American friends and colleagues. It’s a cheap buy to add to a growing collection, and the title definitely trumps the art style when it labels itself “not simple”.