Hey all. Been meaning to overhaul Clock-Sketch, as over the past two years I’ve steadily gained close to 1500 subscribers. I figure it is worth building off of and improving, so stay tuned for updates on that front. For now I’ve gone ahead and uploaded three real-time “lessons” where the viewer can watch me draw the gestures in real-time. I figure this might be useful to some struggling with the idea of gesture drawing or if they feel their artwork doesn’t muster up. I know I was very self-conscious about speed drawings when I first started and know it can be kind of nerve-racking when things aren’t working for you in such a short amount of time.  I draw straightforward and don’t erase, keep my mistakes visible, and post them shamelessly. Gestures are all about doing warmup exercises and so this is very important for beginning your day of drawing or trying to learn the style of a new character. You will notice towards the end of some of these sketches I move extremely fast. This is because I’ve gotten down the design of the character I’m drawing and begin to migrate away from even looking at the photo. When this happens you know you’re in a good place to start creating original work with that same character. But enough talking, more drawing! Please enjoy: 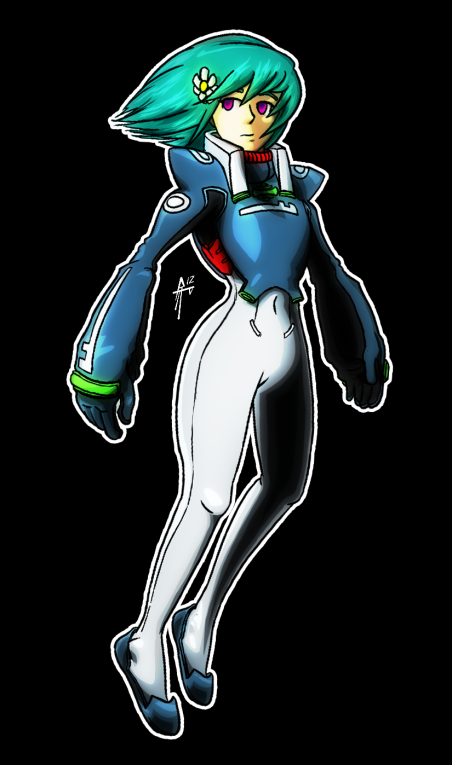 Just had to do another Eureka Seven: AO illustration. After all, it was the original series that gave me the confidence to go into animation in the first place. Here is Eureka, the heroine of the original series, instead in a flight suit from the current production. Had a lot of fun with this. It took around 3 hours to complete and came from nothing. Think I’m back into my groove. Had very little trouble getting down any of the forms tonight aside from her feet. I hate feet. I’ll be posting my new demo reel next!

A little out of practice, but still managed to pull off a new illustration tonight in just under 3 hours. Here is Maggie Kwan, a cool character from Eureka Seven: Astral Ocean. I found her character design to be top notch. I personally really dig big fat arms / gauntlet type of glove things on skinny characters. Maybe that’s why I chose to draw her. Who knows? Hope you enjoy. In other unrelated news, I have a new demo reel out, going to post it soon. Stay tuned!

I felt inspired this morning.

Going to do a run sprite for Aikaterine. Right now it’s just sketchy without the arms, but in the end it will be full color, with proper proportions and better timing. Just calling it quits for today. Hopefully I can complete it in my freetime. Going to bring it into Photoshop and make her a high quality pixel sprite like the illustration at the top of my website. If anyone is wondering, the sketchy run in the upper right hand corner was my stick-figure version of the run that I made as a blueprint for her. You will see the intended arm pose there. 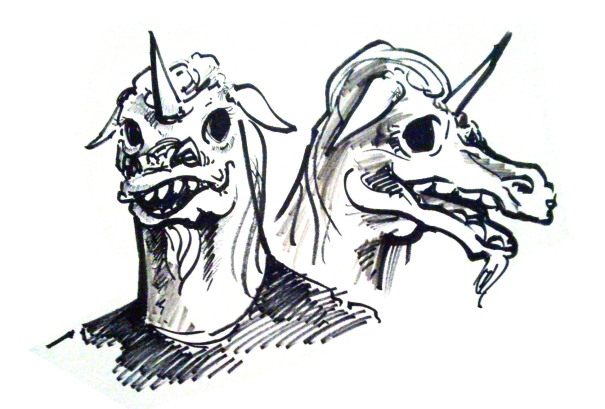 My marker died, and so now I need a new one.

Click the inverted images for the real drawings! Trying something new with my theme, sorta like a blackboard and chalk!

Some clock work to keep in practice. Possible client wanted me to work on baseball poses, primarily a pitcher’s extreme poses. I didn’t make a Clock-Sketch video for these, but rather just did them on my own. Enjoy.

Click inverted image for real sketches! Trying out new theme sort of deal akin to a blackboard and chalk! 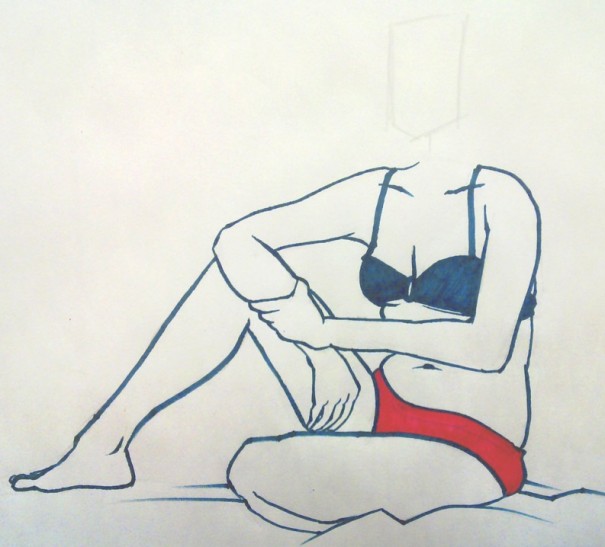 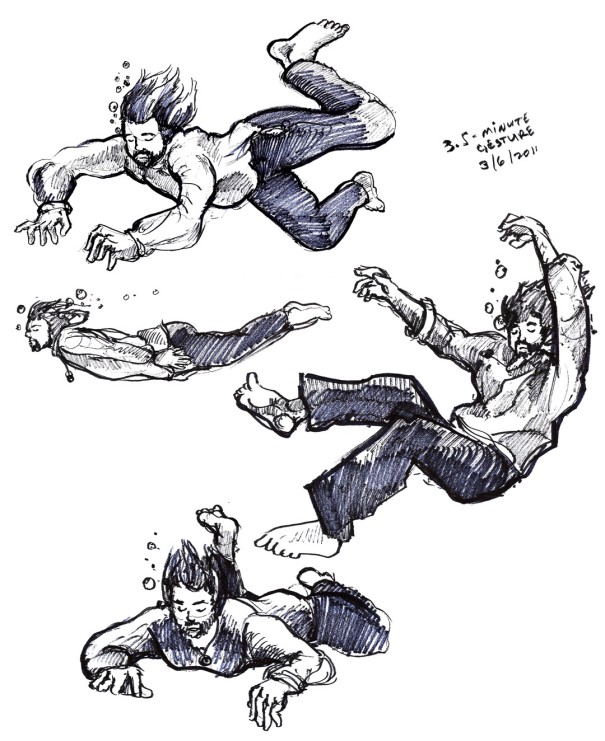 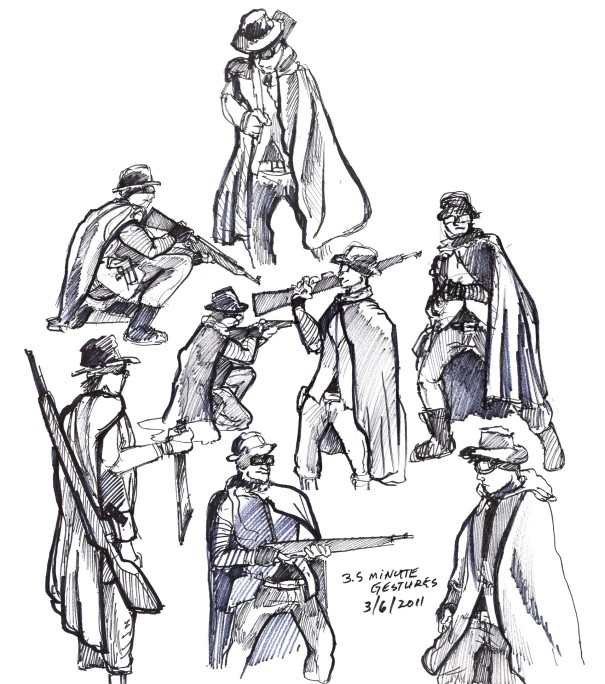 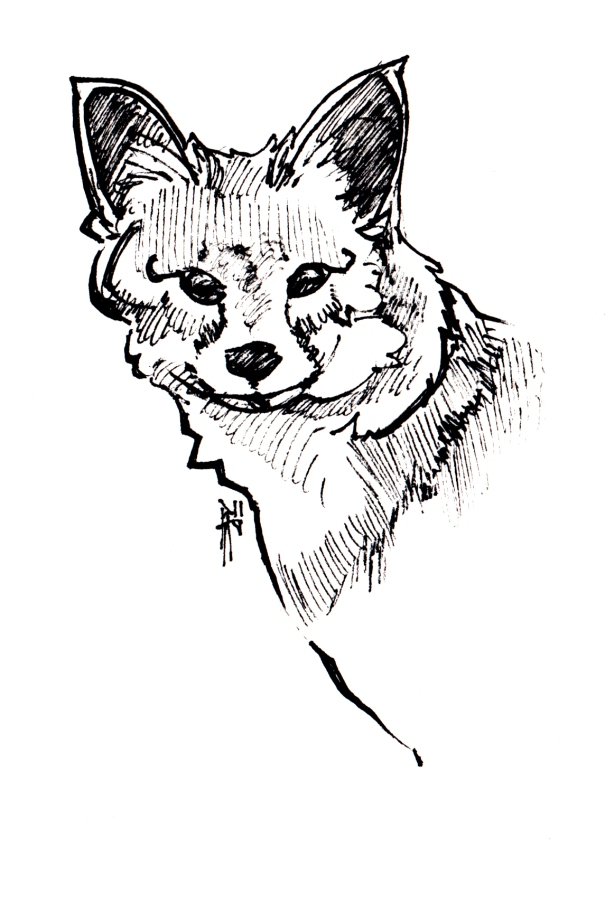 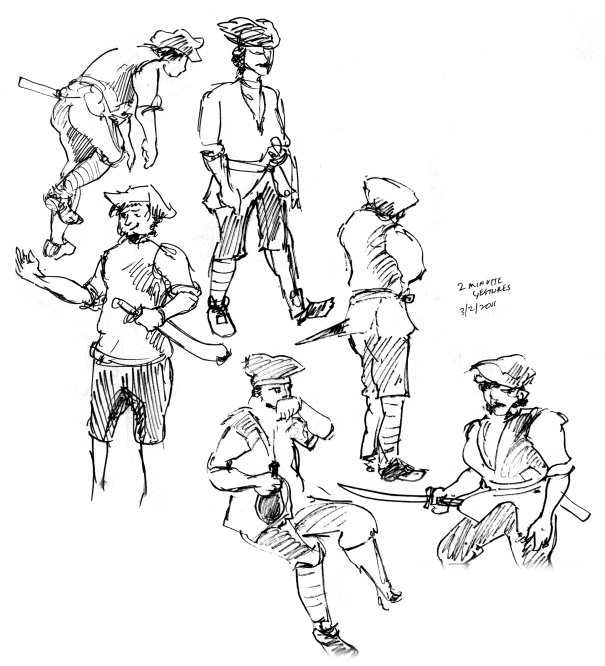 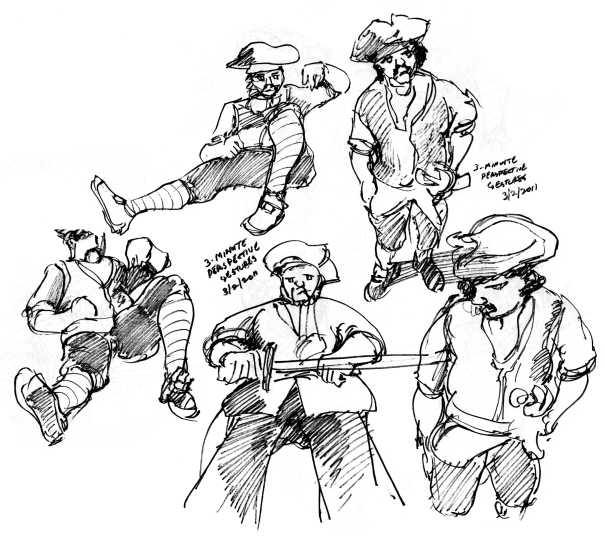 Did somebody say pirate?

Here is a couple new videos for Clock Sketch. It involves the new male model in pirate uniform, posing very naturally. I did a second video as well, only this one focuses on foreshortening. There are some great poses in perspective that would be great to use for perspective practice! I hope you will use these and that they will aid you in some way. I have new art to post and I will be doing so the next time I get a chance, but for now, enjoy some more gesture studies!

I found a new model to support Clock Sketch. The stock duo is fantastic for doing clothing and props. Great for concept art so I made them longer at 3.5 minutes. That allows me to fit 4 poses in one video. So start drawing and enjoy!